The 14.5-acre parcel overlooking Lake Agawam had been listed for $98 million by the Corcoran Group’s   Tim Davis.

In a transaction that closed Tuesday, a buyer purchased about half the property—the roughly 10,000-square-foot oceanfront home and an adjoining 2-acre parcel—for $50 million, said Mr. Davis. He declined to name the buyer but said it is a New York family who is excited to “spend their first weekend” at the house.

Another buyer—a developer—is in contract to purchase the remainder of the property, which consists of three building lots, with plans to construct homes there, Mr. Davis said. That sale is expected to close in the next few weeks. He declined to give the contract price but said the two sales together will total more than $80 million.

Last year Mr. Bommer, the founder of hedge fund SAB Capital, and his wife, Donya, paid a then-record $75 million to buy Wooldon Manor from Mr. Camuto. But only a few months later, Mr. Bommer decided to purchase three East Hampton parcels for a total of $93.9 million; he put Wooldon Manor back on the market in March. Mr. Bommer couldn’t be reached for comment.

An English Tudor-style house, Wooldon Manor has a pool house that doubles as guest quarters. Its location on Gin Lane is one of the most sought-after spots in the Hamptons, Mr. Davis said.

The Hamptons home market has recently seen a number of big-ticket sales and listings; a beachfront home in East Hampton sold this spring for $147 million, while a home on the bay in North Haven listed last week for $65 million.

The real-estate market in the Hamptons “is very strong,” Mr. Davis said, adding that buyers feel confident investing in the area because they feel that that “iconic properties” there will increase in value over time. 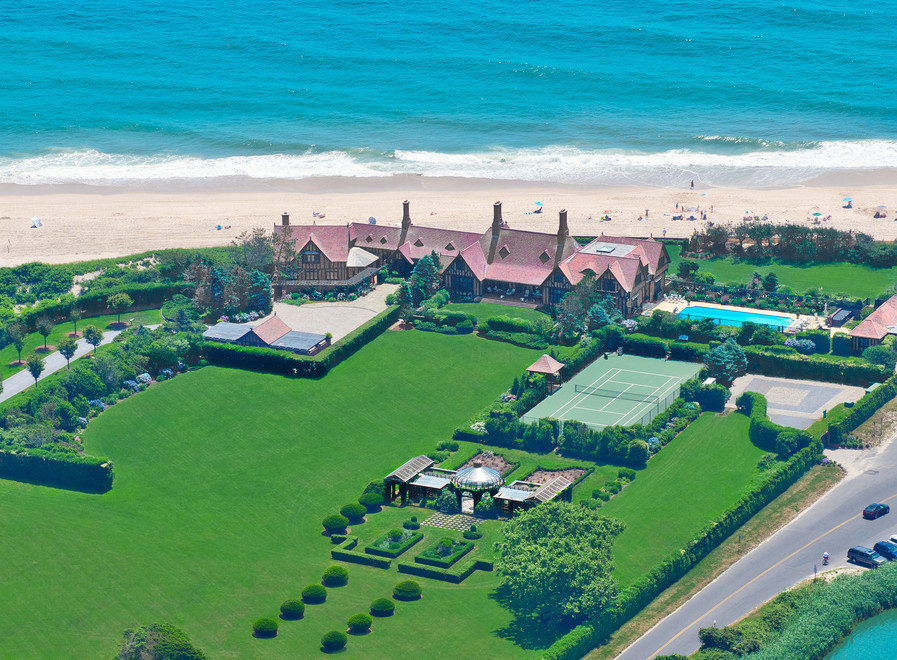