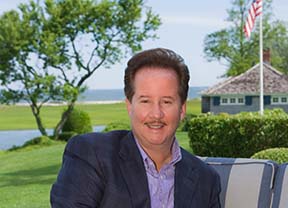 Back in July, shoe powerhouse Vince Camuto and his former beauty queen wife listed their historic Southampton estate for a staggering $48 million.

The 113-year-old property, known as Wooldon Manor, went into contract after only three months, The Real Deal reported in early October.

But now, The Wall Street Journal reports that the property actually sold for $75 million, $27 million more than the listing price.

The reason for the price spike? The final sale price included additional property, bringing the total amount of land to 14 acres, according to the WSJ. The 10,000-square-foot mansion has more than 500 feet of ocean frontage and views of Lake Agawam.

The estate — which has a gorgeous pool, pool house, formal gardens, a romantic green house, and tennis court — was previously owned by both the Woolworth family and Edmund Lynch, a founding partner of Merrill Lynch. Though it has been expanded and added upon by residents, the exterior and style of the home has remained constant for over a century.